Best of Spot Lyte On - Jorma and Vanessa Kaukonen 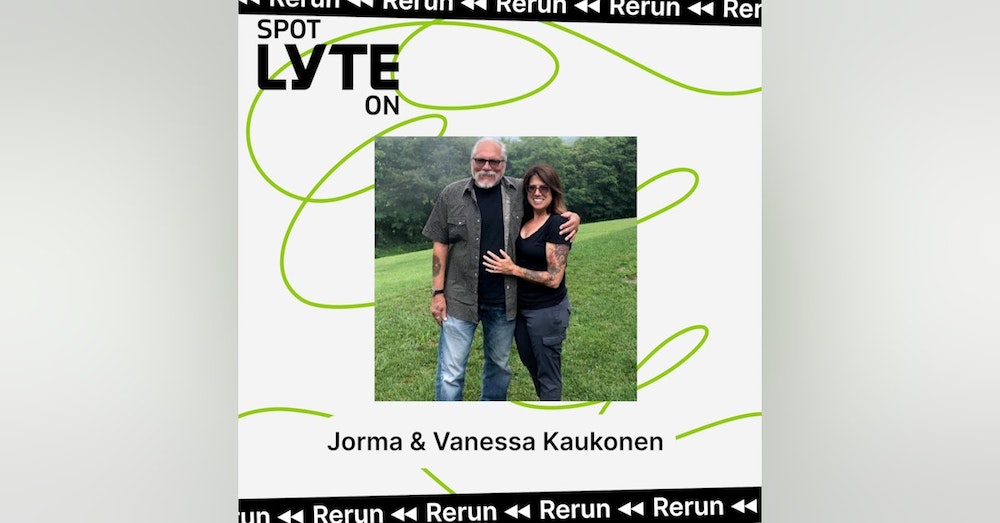 We're taking a little time off before Season 6, but that doesn't mean we want to leave your podcast feed empty. We're going back to a snippet from season 3 with Jorma and Vanessa Kaukonen. On this episode LP sits down with one of his heroes, Jorma Kaukonen and his wife Vanessa. Talking about the creation of Fur Peace Ranch, virtual concerts, Jack Casady, revisiting songs from Jefferson Airplane, and Hot Tuna. Oh and they discuss that time LP heckled Jorma at a concert in 1995 and it ended up being officially released.

In a career that has already spanned a half-century, legendary guitarist and vocalist, Jorma Kaukonen is one of the most highly respected interpreters of American roots music, blues, and Americana, and at the forefront of popular rock-and-roll. A member of the Rock & Roll Hall of Fame and a Grammy recipient, he is a founding member of two legendary bands, Jefferson Airplane and the still-touring Hot Tuna. Jorma Kaukonen’s repertoire goes far beyond his involvement creating psychedelic rock; he is a legend and one of the finest singer-songwriters and master instrumentalist in music today. Jorma tours the world bringing his unique styling to old blues and writing new songs with insight and imagination.

He and his wife Vanessa also discuss their homebased, Fur Peace Ranch. Built in 1989, Jorma and Vanessa looked at a piece if property in Meigs County, Ohio and conceived what Jorma calls, “a ranch that grows guitar players.” Not a fantasy camp, but this would be a place where both budding and seasoned musicians could immerse themselves for several days, and emerge with renewed inspiration and tangible progress in their music.

Tune into Fur Peace Ranch for an upcoming live stream with Jorma.