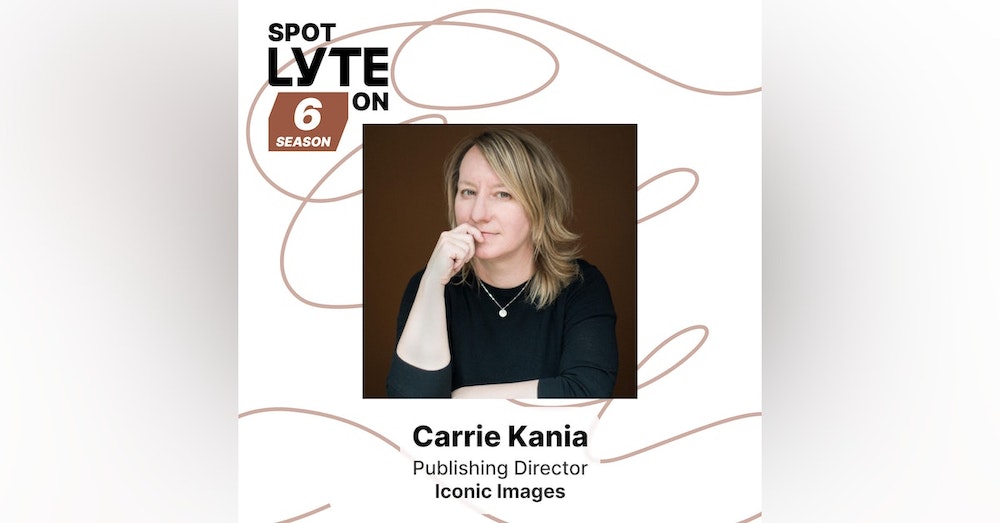 Carrie Kania chats with LP about life, music, art, publishing and her life leading up to moving to London.

Kania, who grew up in a small town outside of Milwaukee, says she was the black sheep of her family. A child of the 1980s punk/new wave scene, her influences were people like Andy Warhol, Julian Schnabel and Francesco Clemente. So it follows that her first aspiration was to be an artist. But a few semesters at the School of the Art Institute of Chicago convinced Kania she didn't have the talent to make it as a painter. Fortunately, she had a side job as a bookseller.

“I can tell you, almost to the day, when I decided to go into publishing,” Kania says. She could, it turns out, get it down to the month—August 1992. That was when Donna Tartt's The Secret History came out. Kania was enthralled not only with the book but also with how it was marketed. “It was her. It was the story of her. It was Bennington. And it was the package.... When you're 21 and you're trying to figure out what your lot in life is, and you wake up and you're like, 'Oh shit, I can't paint,' you know, you panic. I decided I wanted to be a publisher. I didn't want to be anything else.”

Although Kania admits she had only a vague idea of what a publisher actually did, she knew enough. She knew about Gary Fisketjon and was as enamored with writers—writers like Raymond Carver, Mark Lindquist and Jay McInerney—as she was with artists. So, with $1,200 and a one-way train ticket, Kania set out for Manhattan. “Bright lights, big city,” she quips. “You know, the whole bit.”

Despite a bumpy start in the Big Apple—she was working for a computer programmer, sharing a studio with a drag queen—Kania got a lucky break when she met Michael Morrison at a friend's wedding. “I begged him for a job,” she recounts. “He hired me as his assistant in 1995, and I've been working with him ever since.”

Kania's passion for her literary (and visual) idols has served her well professionally. She's managed to turn Harper Perennial into a recognizable brand, in part by publishing the kind of literary fiction and nonfiction that turned her on to the business 16 years ago.

And while some scoff at the notion that readers notice what's on a book's spine, Kania vehemently disagrees: “If people watch a television show because it's on HBO, if they see a movie because it's a Focus Features release, if they buy an album because it's on Sub Pop Records, then why doesn't the same go for books? I'm not saying it's the only reason [people buy books]—but if there's a chance for us to brand, then we owe it to our authors to take that chance.”