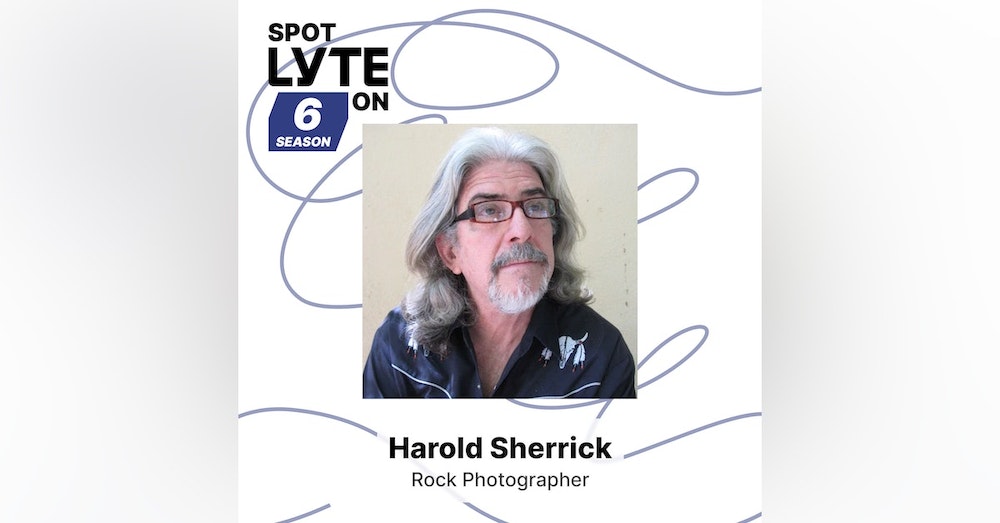 Harold Sherrick visits to talk about his book "A Pigs Tale" which tells the story of one of the most famous bootleg labels, Trade Mark of Quality. When a pair of longhaired music freaks got ahold of studio outtakes from Dylan and others, what else could they do but create a music phenomenon!

This book is essential for record collectors and dealers.

In that hot summer of ’69 two longhaired music freaks created an underground LP record album of unreleased tracks by one of their music gods and put it out on the streets of Los Angeles. No one had ever been crazy enough to do such an audacious thing before. The god’s official record label was not amused but the music fans were thrilled. Were these guys pirates or heroes? It was so much fun the first time, they soon pressed up even more records of forbidden musical fruit. They were on a roll. The following year, in 1970, one of the culprits put The Pig image in a circular logo with the name “Trade Mark of Quality.” TMQ and Pigman were born!

With a cast of outrageous characters, here is the story of Trade Mark of Quality aka TMQ aka The Pig, the first bootleg record label of its kind, spawning many later imitators. From the end of the '60s to the mid '70s, TMQ and Pigman led the way, trotting down a muddy trail, feeding the habits and needs of music addicts around the world. Who were these fellow travelers? Carl? The Greek? Merlin? Hans? Rob Snout? Casper? Sheldon? The Blue Hasslebeast? Ol’ Fred? (Not to mention, The Brooklyn Boys, The Record Suits and The Feds!) What was the connection between TMQ and the Viet Nam war, revolutionaries, guns, pot and the moon landing? It’s all here!

Included inA Pig’s Tale is not only the Trade Mark of Quality and Pigman saga, but reproductions of all the rubber stamped and illustrated album jackets from every genuine TMQ record release, including the earliest releases from ’69 right up to the last titles in 1976. Everything you ever wanted to know about the real TMQ label is here: A complete discography of artists and track listings, sources of recordings, catalog numbers, master tape and record matrix info, colored vinyl pressings, record labels, graphics, photos, vintage news clippings, articles and more, all collected together, at last, in one volume.

A Pig’s Tale by Ralph Sutherland and Harold Sherrick, with their unique point of view, guides the reader through the never before told history of Trade Mark of Quality. It’s all here for the music lover and fan, the hardcore record collector, and the just plain curious.