Jeff Slate talks about his spat with Paul Simon, the Clash, and the New York scene of the late 80s 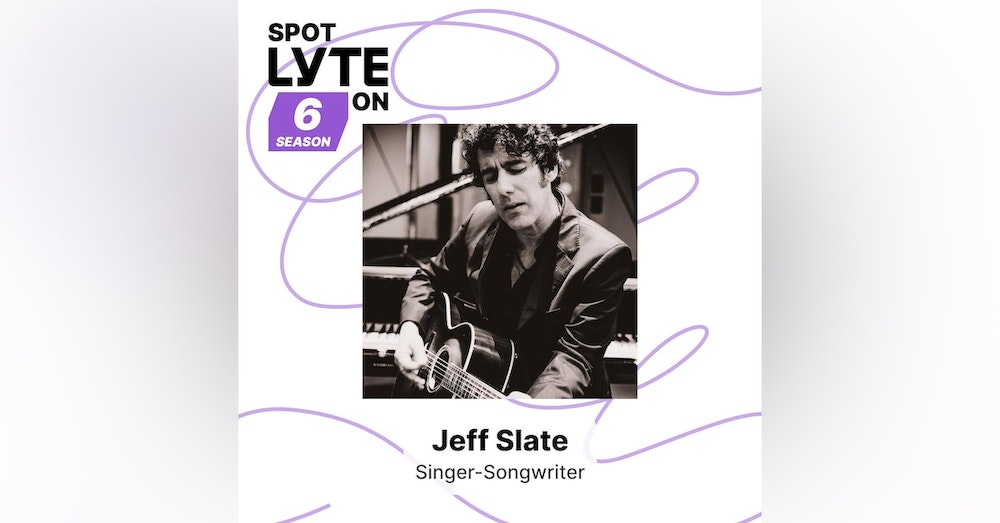 Songwriter, SiriusXM Volume host, and music-writer, Jeff Slate tells the whole story of his spat with Paul Simon, talks about why the Clash are massively underrated, what music will be remembered in 200 years and more.

Jeff Slate is an ASCAP award winning singer-songwriter from New York City. He co-founded the 1980’s mod/punk band the Mindless Thinkers, and in the mid-90’s released The Townshend Tapes, on which The Who’s Pete Townshend acted as executive producer. He later opened for Sheryl Crow on her “Tuesday Night Music Club” tour before founding the band The Badge in 1997, who released three albums and countless singles, EPs and live “bootleg” sets, two “best of” compilations, and went on to become darlings of the UK/European “mod” scene in the 2000’s. In 2010 Slate released the solo single “Dreamtime,” which featured Earl Slick (Lennon, Bowie) and Carlos Alomar (Bowie, Lennon), as well as other alums of David Bowie’s bands. Birds of Paradox, his first solo album of original material, was released in 2012. It was followed in November 2013 by Imposters & Attractions, and his contribution to the Pete Quaife Foundation Kinks tribute album Shoulder To Shoulder in 2015, which honored the band’s late bassist. His 2016 album Secret Poetry was another all-star affair, lauded by critics and fans alike. A video of the song “Letter From Paris (Showed Me The Way)” featuring Slate and Slick, was directed by Patrick McGuinn.

Jeff's music has appeared in advertising and films and on television, including in the hit show Gossip Girl. Over the past decade Slate has been a regular contributor to the Wall Street Journal, The New Yorker, Esquire, Rolling Stone, and many other publications, writing about music and culture, and has appeared on television and radio numerous times, including on former-Sex Pistol Steve Jones’s Los Angeles drive time show Jonesy’s Jukebox, and SiriusXMs Volume channel, where Slate is also a guest host, as well as the BBC numerous times. He is the co-author of the 2017 book The Authorized Roy Orbison, written with the late legend’s sons, and has written liner notes for albums by Orbison, the Small Faces, Shawn Colvin, for the Stax Records 60th anniversary reissue series and for The Beatles’ 50th anniversary edition of Sgt. Pepper’s Lonely Hearts Club Band. In 2018 Slate wrote the 10,000+ word essay included in Bob Dylan’s More Blood, More Tracks, the 14 edition of his long-running Bootleg Series. In 2019 Slate appeared onstage at the first World Of Bob Dylan conference in Tulsa, Oklahoma, sponsored by the Bob Dylan Center there, where he interviewed The Byrds’ Roger McGuinn and performed with the legend. He also performed at all-star concerts celebrating The Clash’s album London Calling in New York and L.A. In 2020, and Slate appeared at a show in Los Angeles fronting the band from the “Echo In The Canyon” film, as well as at an all-star concert at New York City’s Town Hall honoring the 80th birthday of the Woody Guthrie song “This Land Is Your Land.”

During the 2020 lockdown, Slate performed over forty Facebook Live and Instagram Live streaming concerts to thousands of fans each week, including one for the Martin Guitars series “Jam In Place,” and released the live album Lockdown Live taken from those performances. He also released the single and animated video “Heartbreak,” which featured Slick, Duff McKagan and other rock and roll luminaries, and contributed a cover of the Traveling Wilburys’ song “Handle With Care” with his band to the official celebration of Tom Petty’s 70th birthday.