Jon Weisberger joins to talk about songwriting, bluegrass and his new EP 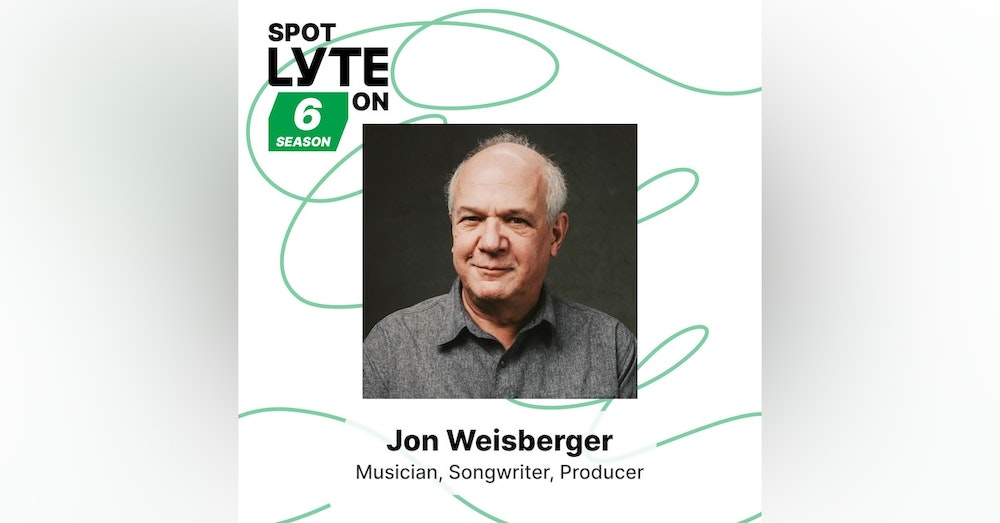 Jon Weisberger joins LP to talk about songwriting, his work with artists such as the Night Drivers, the Infamous Stringdusters, the Travelin’ McCourys, Billy Strings, Molly Tuttle and more. He's an encyclopedia of American music. Hit play. We promise you're in for a treat.

Immersed in the bluegrass scene since the early 1980s, Jon Weisberger has enjoyed success in multiple aspects of the music business and community.  As a music journalist, his work earned him two International Bluegrass Music Association awards, as well as the Charlie Lamb Award for Excellence in Country Music Journalism, while his resume as a bluegrass broadcaster includes more than a dozen years as producer and co-host of the popular SiriusXM Bluegrass Junction show, “Hand-Picked With Del McCoury.  As a bassist, Jon spent more than 17 as a member of both Chris Jones & the Night Drivers (with whom he recorded seven albums) and the Roland White Band (whose 2018 all-star Tribute To The Kentucky Colonels he produced), while making appearances on stage or in the studio with a variety of other artists ranging from Country Music Hall of Fame member Tom T. Hall to Jim Lauderdale, Pam Tillis and bluegrass Hall of Famers Hazel Dickens, Del McCoury and Alice Gerrard.  Today, he serves as an A&R Director for the Crossroads Label Group, while producing a growing group of artists that includes Carley Arrowood, Aaron Burdett, Fireside Collective, the Alex Leach Band, Unspoken Tradition and the award-winning collaborative series, Bluegrass at the Crossroads.

Still, Jon is best known as one of bluegrass music’s most prolific and widely recorded songwriters.  In 2012, after a year in which more than two dozen of his songs were recorded, he was named the IBMA’s first Songwriter of the Year.  His songs have appeared on 5 Grammy-winning bluegrass albums, including 4 of the past 5 recipients, and on another 5 nominated projects.  To date, he’s credited with more than 200 cuts by the Night Drivers (including multiple #1s); the Infamous Stringdusters; the Travelin’ McCourys; the O’Connor Band; the Del McCoury Band; Billy Strings; Thomm Jutz; Doyle Lawson & Quicksilver; Balsam Range; Blue Highway;Sierra Hull; Jim Lauderdale; Joe Mullins & The Radio Ramblers; Lindsay Lou; Carley Arrowood; the Danberrys and more.  Jon released his first album of his own songs in 2008 (If This Road Could Talk), and followed it up in 2014 with I’ve Been Mostly Awake; both albums featured a stellar list of players and co-writing guest singers ranging from IBMA Male Vocalist of the Year Shawn Camp to IBMA Female Vocalists of the Year Dale Ann Bradley and Claire Lynch to Americana favorite Kim Richey.  In 2018, he and banjo player Justin Hiltner issued Watch It Burn (Robust Records), an entire album of co-writes that featured backing from a dozen young musicians, including award-winning guitarist Molly Tuttle; the duo have a second project—a bluegrass gospel EP—slated for an early 2022 release.