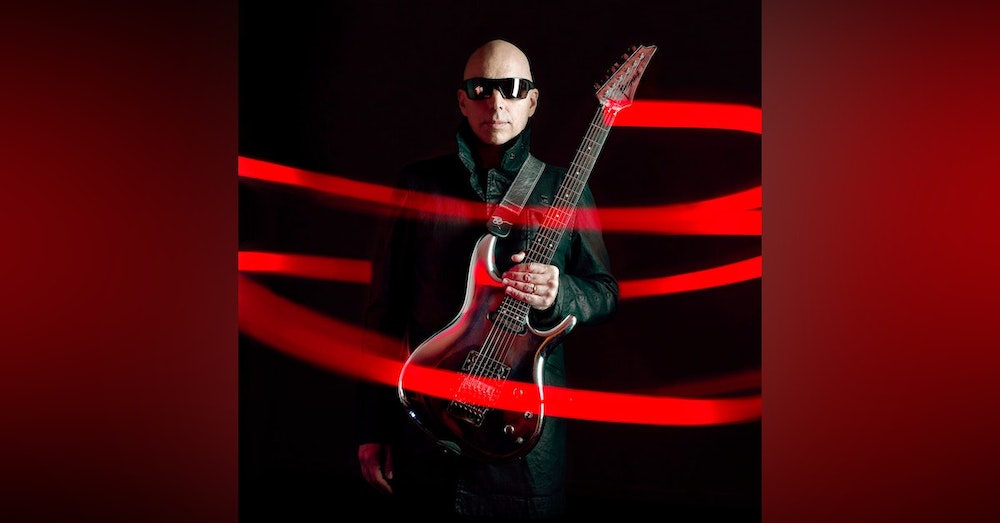 Joe Satriani stops by Spot Lyte On to talk about growing up in Long Island, moving to San Francisco, getting breaks with Mick Jagger and launching a solo career. Don't worry, they also talk about Joe's love of guitar.

Joe Satriani was born on July 15, 1956 at Westbury (in the state of New York). He played a little on his sister’s guitar. She had played some folk music in high school. He was inspired since he was young by Blues music, the Beatles and the Stones so when he turned 8 he started playing drums, then some piano a bit later. On September 18, 1970 all collapsed around him when he learned that Jimi Hendrix passed away. Joe was only 14 but he decided from this moment to stop everything and dedicate his life to learn the instrument of his idol.

The following years were long periods of practising and learning a lot with the purpose of becoming a great guitar player. He learned musical theory from Bill Wescott and started to take an interest in jazz music. Later he took lessons with Billy Bauer and the pedagogue Lennie Tristano who played such a major role in his learning. Then it was his turn to give guitar lessons to a lot of guitar players that became famous such as David Bryson from Counting Crows, Kirk Hammett from Metallica, Larry Lalonde from Primus, Charlie Hunter, Jeff Tyson and, of course, the genius Steve Vai.

In 1979 Joe formed The Squares in San Francisco with his friend Jeff Campitelli and Andy Milton. The second album of the Squares was the beginning of his relationship with the mastering engineer John Cuniberti. The band had success in San Francisco but remained unknown elsewhere, so in 1984 he recorded an EP of 5 tracks on his own Rubina label, (his wife’s name).

Steve Vai, who was in the Frank Zappa’s band, introduced Joe to Relativity Records. At the time Joe was recording Not Of This Earth, and Relativity Records gave him a chance to make a record that didn’t sound like the drum machines he’d used.

Then Surfing With The Alien came out in 1987 and that was the explosion in terms of Joe’s career. It become a platinum disc. This album contributed to introducing Satriani to the general public and he succeeded in imposing his new style even if many others like Jeff Beck had paved the way somewhat.

A major event in Joe Satriani’s career and rock history was when 90,000 people gathered together in North America in October 1996 and discovered the G3 format (with Joe Satriani, Steve Vai and Eric Johnson the first year), who didn’t stop touring for 6 months. The G3 was a worldwide tour created by Joe Satriani and put on stage the 3 best guitar players from the time. There were a lot of G3 experiences later with a lot of guitar players like Billy Gibbons, Neal Schon, Steve Morse, Andy Timmons, Uli Jon Roth, Patrick Rondat, Robert Fripp, Yngwie Malmsteen, John Petrucci, or Paul Gilbert to mention just a few.

His latest album, "Shapeshifting" came out in April of 2020.