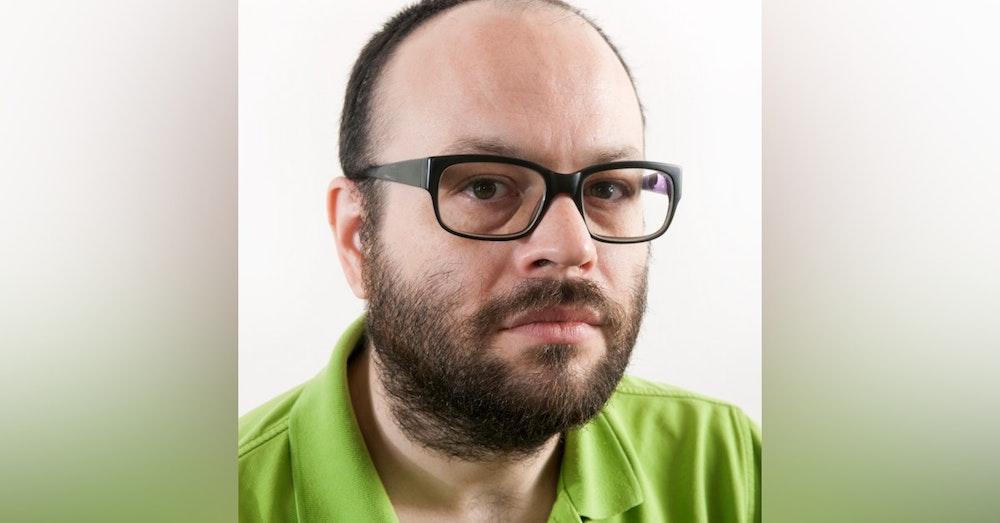 Michaelangelo Matos joins Spot Lyte On... for a live taping about his new book "Can't Slow Down: How 1984 Became Pop's Blockbuster Year" talking about 1984.

Michaelangelo Matos is the author of "The Underground Is Massive: How Electronic Dance Music Conquered America" and "Can't Slow Down: How 1984 Became Pop's Blockbuster Year."

"Can't Slow Down" is the definitive account of pop music in the mid-eighties, from Prince and Madonna to the underground hip-hop, indie rock, and club scenes

Everybody knows the hits of 1984 – pop music's greatest year. From "Thriller" to "Purple Rain," "Hello" to "Against All Odds," "What's Love Got to Do with It" to "Wake Me Up Before You Go-Go," these iconic songs continue to dominate advertising, karaoke nights, and the soundtracks for film classics (Boogie Nights) and TV hits (Stranger Things). But the story of that thrilling, turbulent time, an era when Top 40 radio was both the leading edge of popular culture and a moral battleground, has never been told with the full detail it deserves – until now. Can't Slow Down is the definitive portrait of the exploding world of mid-eighties pop and the time it defined, from Cold War anxiety to the home-computer revolution. Big acts like Michael Jackson (Thriller), Prince (Purple Rain), Madonna (Like a Virgin), Bruce Springsteen (Born in the U.S.A.), and George Michael (Wham!'s Make It Big) rubbed shoulders with the stars of the fermenting scenes of hip-hop, indie rock, and club music.

Rigorously researched, mapping the entire terrain of American pop, with crucial side trips to the UK and Jamaica, from the biz to the stars to the upstarts and beyond, Can't Slow Down is a vivid journey to the very moment when pop was remaking itself, and the culture at large – one hit at a time.

Michaelangelo has also written for MixMag, Pitchfork, the New Yorker, GQ, NPR and a variety of other publications. He lives in St. Paul, Minnesota .