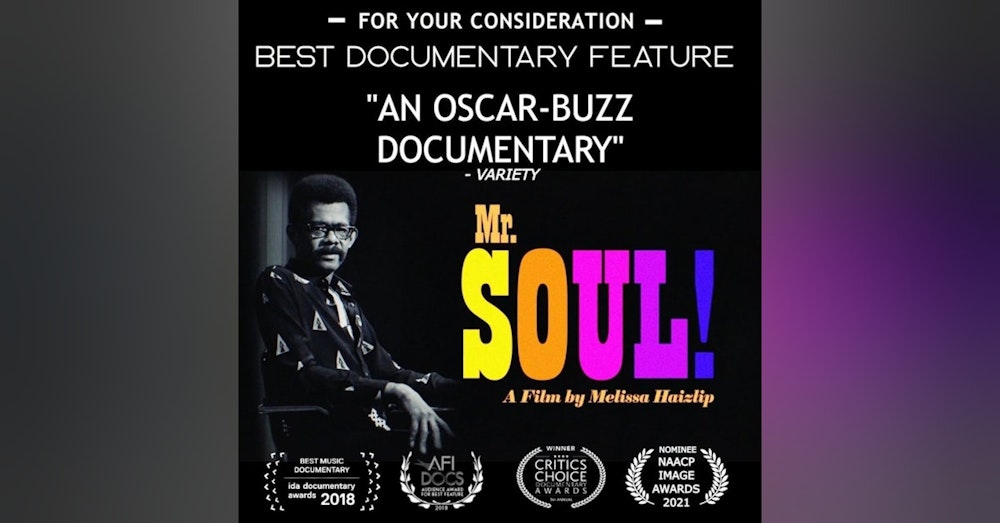 Lyte was lucky enough to host a screening of Oscar nominated "MR. SOUL!" and have director, Melissa Haizlip and music supervisor, Ed Gerrard join us for a chat about the film afterwards.

From 1968 to 1973, the public television variety show SOUL!, guided by the enigmatic producer and host Ellis Haizlip, offered an unfiltered, uncompromising celebration of Black literature, poetry, music, and politics—voices that had few other options for national exposure, and, as a result, found the program an improbable place to call home.

The series was among the first to provide expanded images of African Americans on television, shifting the gaze from inner-city poverty and violence to the vibrancy of the Black Arts Movement. With participants’ recollections and illuminating archival clips, Mr. SOUL! captures a critical moment in culture whose impact continues to resonate, and an unsung hero whose voice we need now more than ever to restore the SOUL of a nation.

Born in Boston and raised in the US Virgin Islands, Connecticut and New York, director, Melissa Haizlip attended Yale University. After a 25-year career as a professional Broadway stage performer and film and television actor, Haizlip moved to Los Angeles to work in development at the American Film Institute and began casting for independent features. Her film 40, a multi-storyline, international thriller set in Turkey and Africa, premiered at Toronto International Film Festival 2010. Currently a fellow in Stanley Nelson’s Firelight Media Producers’ Lab, Haizlip participated in the Producers Guild of America Diversity Workshop 2011.

She founded Shoes In The Bed Productions, an independent film production company producing cinematic works of non-fiction with an emphasis on diverse new voices and filmmakers of color. Haizlip has received grants from the National Endowment for the Arts, the National Black Programming Consortium, and ITVS’ Diversity Development Fund. Currently, Haizlip is in production with Mr. SOUL! and has several other projects in development.